On January 1, 2020, the California Consumer Privacy Act (CCPA) went into effect. This regulation was the first of its kind in the United States, but it followed closely on the heels of Europe’s groundbreaking General Data Protection Regulation (GDPR). Both regulations have gradually been followed by other states and localities.  In January, 2023, California […]

Even with the proliferation of digital platforms and channels, email remains far and away the biggest data source for ediscovery. And while the process has come a long way from the days of lugging around boxes of paper and laboring over copious digital data, there are still enormous challenges facing legal teams in the world […]

It should be no surprise that ediscovery costs represent a massive expenditure for most corporations. The approximate annual budget for ediscovery costs in the US exceeds 40 billions dollars. So it should go without saying that accurately measuring that spend and minimizing it  while maximizing the value you gain from it is hugely important to […]

The rise of data in the workplace means corporate legal teams are struggling to keep up with skyrocketing volumes from an ever-expanding list of sources when it comes to ediscovery. Data needs to be collected, processed, reviewed, and finally produced – depending on the matter. Whether legal teams are handling review 100% in-house, sending 100% […] 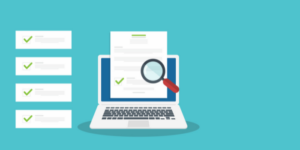 Nothing strikes fear into the heart of even the most steady in-house legal professional like the “s” word. That’s right, sanctions! There’s no denying that litigation hold practices can open an organization up to risk, scrutiny, and unfortunate consequences. Most court sanctions result from flawed preservation processes that are rooted in the failure to identify […] 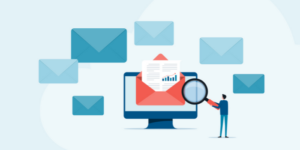 Did you know more than 150,000 emails are sent every minute? That makes the number of emails sent on an average day over 200 million! That’s a lot of email. And a lot of data to go with it. It should come as no surprise, then, that email is the most prominent form of data […]