In this claim for injuries sustained during a boat cruise, the court began its opinion by noting that “a picture is worth a thousand words.”

Given that, “surely a video must be worth significantly more” — and video evidence from 200 surveillance cameras worth yet more than that. Nonetheless, the court denied spoliation sanctions for the defendant’s loss of thousands of hours of video evidence, concluding that it preserved a proportional sample.

This case began when the plaintiffs, “a group of autistic children and their families,” took a cruise on the Anthem of the Seas, a ship operated by the defendant, Royal Caribbean Cruises, Ltd. (RCCL). Unfortunately, they “encountered a major winter storm with hurricane-force winds” during their voyage on the Anthem. The plaintiffs alleged that they sustained psychological injuries as a result of the storm and RCCL’s decision to sail into it.

During the 72 hours of the cruise, RCCL had 200 closed-circuit television (CCTV) cameras on the Anthem. Those cameras recorded approximately 864,000 minutes of video. However, RCCL only preserved 91 minutes of that video.  As was typical in the case of onboard incidents, the captain ordered that representative clips be preserved. Security officers with first-hand knowledge of the event reviewed the tapes “to obtain representative CCTV video clips to fairly reflect what was going on during the storm.” The remainder of the videos were automatically overwritten within a few weeks according to RCCL’s regular retention processes.

The plaintiffs moved for an adverse inference jury instruction, arguing that the loss of video amounted to bad faith spoliation. They argued that “RCCL should have preserved all of the CCTV” recordings and that they were prejudiced by the missing 14,000-plus hours.

The court performed a Rule 37(e) analysis of the defendant’s actions. The court found that a preservation duty had arisen as a result of the storm and reported injuries, and “that the duty had arose as soon as the worst part of the storm was over.” However, they agreed with RCCL’s position that to have preserved all 14,400 hours of the cruise would not have been proportional to the needs of the case. The court reasoned that “litigants do not have a duty to preserve any and all evidence, but only that which is potentially relevant.” Based on the facts of this case, they found that actions by the defendant was reasonable in preserving a sufficient sample of the video recordings.

Knowing that a different conclusion could have been reached regarding the proportionality analysis, the court went on to consider if the plaintiff was prejudiced as a result of the lost ESI.  Here they concluded that the plaintiffs failed to demonstrate prejudice. From its own viewing, the court called this video “a cringe-worthy sample of what the ship encountered,” offering “more than 91 minutes of video demonstrating … a horrific storm with massive waves and huge winds.” The representative clips provided adequate evidence of what had been overwritten, and the plaintiffs were not prejudiced enough to warrant sanctions by the loss of additional video showing more of the same.

Admittedly, it might not have been terribly costly for RCCL to preserve the entirety of its video from the Anthem. Yet it would have been exceptionally burdensome for either side to review more than 14,000 hours of video, the vast majority of which would have been irrelevant. Discovery should focus on the disputed issues, not the entire surrounding circumstances. Preservation — like all of discovery — should be proportional and reasonable, not perfect and absolute. 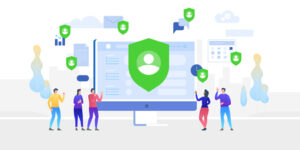