In this breach of contract case, the defendant, Capital Premium Financing, Inc. (“CPFI”), moved for spoliation sanctions against BankDirect Capital Finance. CPFI sought either a default judgment or an adverse inference jury instruction for BankDirect’s intentional destruction of about a year’s worth of emails.

BankDirect conceded that the emails were lost but “vigorously insist[ed]” that the loss occurred through a “series of ‘innocent’ mistakes.”

The magistrate prepared this report and recommendation at the district court’s request. As a backdrop for his decision, he highlighted the spoliation doctrine that fraud in discovery indicates “consciousness that [a] case is weak or unfounded.” The magistrate also emphasized the importance of common sense in determining intent. Finally, he reminded the parties that “a combination of events, each of which seems mundane when viewed in isolation,” can be meaningful when considered together.

BankDirect initiated this litigation in November 2015 with a 38-page complaint accusing CPFI of breaching an agreement. Therefore, the magistrate assumed that BankDirect’s “experienced and accomplished counsel” were “actively involved in the review and acquisition of evidence.” He further inferred that these “highly experienced, talented lawyers” would have advised an immediate legal hold. Indeed, BankDirect staff acknowledged that they “knew that ‘they needed to preserve every document, good or bad,’” for litigation.

CPFI claimed that BankDirect entered the original contract negotiations in bad faith. Unfortunately, during discovery, BankDirect didn’t produce any emails from late 2010 through November 2011, while the parties were negotiating their agreement.

BankDirect responded first that it changed servers in November 2011. Accordingly, it said it no longer possessed any emails that predated the server change. It claimed that this occurred “years before any party could have foreseen litigation.”

Eventually, CPFI deposed a representative of BankDirect’s majority owner. He explained that, while BankDirect had updated its server, the transfer included five years of emails. Thereafter, the system automatically purged emails older than five years every week. Despite the server change, then, BankDirect retained emails going back to 2010 when it sued CPFI in 2015.

After this testimony about the server update, BankDirect pivoted in its explanation. BankDirect’s president acknowledged that no one had suspended this automatic deletion protocol until at least October 2016. He excused this deficiency as both innocent, claiming that he didn’t know about the five-year deletion period until then, and harmless. He argued that “there wouldn’t have been any emails that were problematic” anyway. Further, he claimed that the parties had a “happy marriage” and their emails were entirely positive. He suggested that “he didn’t think that positive emails would … help prove” his case.

The magistrate found this explanation “simply not credible.” As he said, “No reasonable, successful businessman would be so naïve” as to discredit the probative value of positive communications. In total, “BankDirect’s position [was] that it was all just a big mistake,” not intentional spoliation. The magistrate viewed BankDirect’s shifting explanations as “an array of excuses” that failed any common-sense test of believability.

Analyzing the facts under Federal Rule of Civil Procedure 37(e), the magistrate first held that “of course” BankDirect should have retained the lost emails. He noted that the “litigation did not spring into being fully formed … like Athena from Zeus’s head” in November 2015. Rather, litigation became reasonably likely in late 2014, a point when BankDirect could have saved the lost emails. Instead, “BankDirect waited just long enough to take appropriate action so that it could claim the loss of the emails … was inadvertent.”

The magistrate ruled that BankDirect intentionally allowed the destruction of emails that it should have preserved. Those emails were irreplaceable. Further, their loss was prejudicial, as emails “are often replete with unrehearsed, spontaneous statements” that would have been relevant to this litigation. While the magistrate appeared to believe that BankDirect destroyed evidence with the intent to deprive CPFI of its use, he recommended that that the jury should decide this question. In the alternative, he recommended that the district court give the jury a permissive spoliation instruction.

Throughout the opinion, the magistrate repeatedly referenced the “enormously talented and experienced counsel” on both sides. He stated that his opinion “should not be understood as impugning in the slightest the integrity and good faith of the lawyers” involved. Rather, he solely blamed the plaintiff for its preservation failures.

Takeaways on Explaining a Failure to Preserve

If you have lost evidence that you should have preserved, investigate the situation immediately and thoroughly. When you explain the loss, recount the full circumstances. Piecemeal explanations do not ring true, even if they are; rather, they sound, as they did here, like the shifting excuses of a child caught misbehaving. 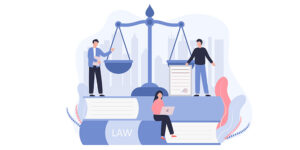 If your organization is served with a third party subpoena to produce evidence, your first response might be to break out in a cold sweat. The word “subpoena” is a loaded term, and an instinctive pang of panic is common. But it doesn’t have to be.  Third party requests like subpoenas can be sudden, and […]