This little story vignette has been developed for the purpose of narration. The specific facts of the underlying cases have been omitted. And the timelines have been left general. However, the contexts and consequences are real. Each has been drawn from an actual litigation. Each of which contained one or more of these consequences or contexts.

We join two colleagues at the start of their business lunch.

Isn’t the atmosphere here lovely? It’s a bit pricey, but I’ve heard the dishes are delicious. So how’ve things been at your

company this year? I feel like we haven’t really connected since meeting at PREX13.

Actually, the organization had quite a banner year in terms of business. But speaking of PREX13, there was a hold that

turned out to be more than any of the current officers of the organization expected.

I think I know what you mean. Your company’s passed its beginning. And the way information is managed will naturally

begin to transition as things take off. As counsel, I’m sure working within a legacy and a technology methodology in

transition, while simultaneously producing for the court, takes more time than you feel you have.

Can I tell you what I mean?

As I mentioned at the conference, when I learned of the position as counsel to a relatively new company, approaching

growth years, I was excited. The level of responsibility for this kind of role is usually given to counsel with more years of

I remember saying I wish I’d found an exciting opportunity like that during my earlier years of practice. I bet you feel

True. But I was so focused on the future, I didn’t think the company’s past would be terribly significant at this point.

When looking into the current hold initially, it was thought this was the company’s first time responding to the court.

Apparently, two years prior, was our company’s first receipt of a hold order. At which time several contract attorneys

were employed, each for less than a year. In addition to counsel, key players were intermittently changed, as the

Obtaining docs from professionals no longer with the company adds another layer.

In addition to that, a current officer changed several paper intensive work processes, reducing excess paper. But with no

knowledge of a prior legal hold. Causing a bad faith inference in the current case. Partly because for nearly a year and a

half, no internal legal hold notice was actually issued – only discussed. Which doesn’t count in this state. And the lack of

It sounds as if prior counsel didn’t fully educate would be custodians.

discoverable, even though they aren’t on company servers – when the messages’ contents are discussing the business.

Our initial attempt to produce not only brought that fact to light, but also that the first hold was never closed. So the

amount of docs and ESI that are discoverable, covered a larger time frame than I initially believed.

What was the court’s reaction?

Not great. The court found two adverse inferences against us due to gross negligence. One resulting sanction was

disallowing certain documentation we have to refute claims in the main action. The reasoning being this would equate

to the harm suffered by the opposing party.

Yeah. And the court required us to hire an e‐discovery vendor to do an extensive analysis of our data sources. Finally,

the court awarded the opposition $1.9MM in fees and costs. And sanctions were imposed against the organization and

Although I’d only just started, I was present when a significant portion of spoliation was occurring. And during the

response to the court, company officers gave explanations beyond what I anticipated. Which the court found incredible.

And concluded that, had counsel vetted the explanations, they would’ve been revealed as false.

I don’t suppose you’ve ever experienced this.

My company has been large for some time, and so more involved in litigation. When I joined, I learned about their use of

a platform known as Legal Hold Pro. It’s quite useful at the administration and management of litigation holds. Even in a

worst case scenario, the integrity of our effort to preserve and comply, can always be proven if production was not

Actually, what I meant to say is, lunch today is on me. 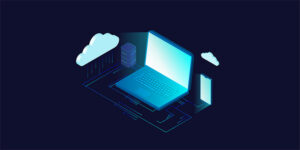 Just what is electronically stored information or ESI? And what do you need to do with it when it comes to corporate e-discovery?

If you’re looking to streamline your legal holds, or it’s time for a process audit, here are key considerations and 6 best practices for effective, defensible legal holds.

Document review, the most expensive stage of ediscovery, uses teams of lawyers to determine what ESI is relevant, responsive, or privileged.

Founded in 2008, Zapproved builds easy-to-use litigation response software designed to help corporate legal teams drive down costs, reduce risk, and build a better process. With our unwavering commitment to keeping our 350+ corporate customers ridiculously successful, we are proud to have earned a 99% retention rate.